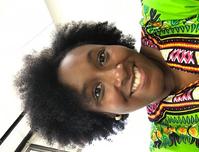 ​Dr. Johns is a graduate of Johns Hopkins School of Medicine. He completed his residency in Otolaryngology at the University of Michigan. He then pursued a fellowship in laryngology and care of the professional voice at the Vanderbilt Voice Center at Vanderbilt University. He is the director of the USC Voice Center at the University of Southern California, pursing research, teaching and clinical care, with a specific interest in laryngeal dystonia, geriatric laryngology and the aging voice. 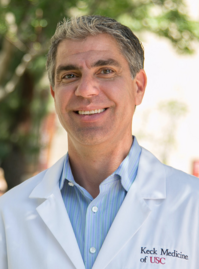 Ronda Alexander, MD, FACS is a native New Yorker who has been a practicing Laryngologist since 2008.  A graduate of Xavier University of Louisiana (New Orleans), she completed her MD at the Weill Medical College of Cornell University (New York, NY).  After her residency in ORL-HNS at Montefiore Medical Center/Albert Einstein College of Medicine (Bronx, NY), she pursued fellowship training in Laryngology and Neurologic Diseases of the Head & Neck at the New York Center for Voice and Swallowing Disorders.  After 12 years of clinical practice in Southeast Texas, she returned to Montefiore Medical Center in 2021 to direct the Laryngology Division of the Department of ORL-HNS.  She has been named a Castle Connolly Top Doctor every year since 2014 and was named among Castle Connolly’s Exceptional Women in Medicine in 2019. “Dr A”, as she is affectionately known, is a fellow of the American College of Surgeons and of the American Academy of Otolaryngology-Head and Neck Surgery.  She is the Immediate Past President of the Harry Barnes Society and has held leadership positions in the AAO-HNS, Harris County Medical Society, Texas Medical Association, Texas Association of Otolaryngology-Head & Neck Surgery, Harris County Medical Society and Houston Society of Otolaryngology- Head & Neck Surgery.  A former singer and dancer herself, Dr Alexander is excited for musical theater to return to the Broadway stage as she holds that genre close to her heart.

Dr. Merati is an internationally recognized leader in Laryngology.  Following medical school at the University of Washington under Charlie Cummings, he completed his Otolaryngology training at the University of California at San Diego, including one year of NIH research training.  From there, Dr. Merati went to Vanderbilt to study Laryngology with Robert Ossoff at the premier training institution for academic laryngologists. This time at Vanderbilt included work with Jim Netterville on laryngeal framework surgery.  Following very productive years at KU and at the Medical College of Wisconsin, Dr. Merati returned to his native Seattle to head up the Laryngology program at the University of Washington, now widely recognized among the leaders in clinical care, scholarship, and training in the nation.   He has over 120 peer reviewed publications and also is the lead editor for the Textbook of Laryngology. Dr. Merati has served as Senior Examiner for the American Board of Otolaryngology - Head and Neck Surgery and as a Vice President of the Triological Society.   Dr. Merati has earned two Distinguished Service awards from the American Academy of Otolaryngology - Head & Neck Surgery and is Past-President of the AAOHNS as well as of the American Broncho-Esophagological Association. 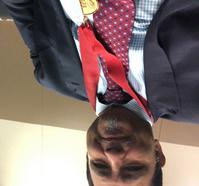