She has performed nationally at theatres such as The Guthrie, Arena Stage, The Longwharf Theatre, The Pasadena Playhouse, the ART, The Berkshire Theatre Festival and The Studio Theatre in Washington D.C., where she won a Helen Hayes Award for Outstanding Lead Actress for her performance of The Syringa Tree. Internationally, she has performed in Russia, Germany, Canada, Ireland, Scotland, England and Belgium.

Ms. Hammond also received a Kathleen Cornell award, and WA state grants from Allied Arts, The Mayor’s Office of Arts and Cultural Affairs, Artist Trust, 4 Culture, as well as from the NEA, and has recently been nominated for a WA State Governor’s Arts & Heritage Award. Hammond teaches voice, voice-over, public speaking, and dialect coaching, and can be heard on commercials, audiobooks, radio plays, and a variety of video games including BattleTech, DotA 2, State of Decay 1 & 2, Aion, and Halo 3 ODST.

Around Seattle she has performed at ACT Theater, Seattle Children's Theater, Book-It Repertory Theater, Washington Ensemble Theater and various Sandbox Artists Collective productions. For the 2018/2019 School year she had been living The Netherlands with her family. Hammond has also been a dialect and vocal coach for 60+ shows for ACT Theater, 5thAve. Theater, Seattle Rep, Book-It, Taproot, Seattle Children's Theater, Village Theater, and films, and she was the director and dialect coach for the video game, Post-Human W.A.R., and has begun working in the fields of motion capture and volumetric video.

Financial Disclosure: Ms. Hammond has no financial relationships to disclose.

Non-Financial Disclosure: ​Ms. Hammond has no non-financial relationships to disclose.

Interactive Workshop - Talking On the Edge: Extreme Voice Over Acting 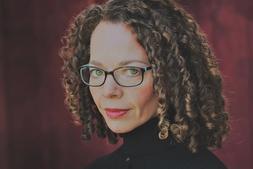