Panel - Thought Experiments in Voice Pedagogy​
There is a saying that “many roads lead to Rome.” This could be applied to a variety of approaches teachers use to guide singers toward efficient and artistic singing. Using YouTube clips to stimulate conversation, the panelists will discuss their individual approaches to facilitating a change technically or artistically based on their observations.

Financial Disclosure: Dr. Jordan has no financial relationships to disclose.

Non-Financial Disclosure: ​Dr. Jordan has no non-financial relationships to disclose. 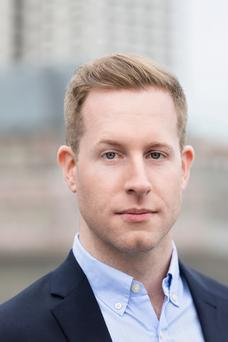 ​Seattle-based lyric baritone Darrell J. Jordan has been praised for his “shining, beautiful voice” (Broadway World), his "expressive baritone and facial expressions" (The SunBreak), and has been called “the star of the show” (Columbia Heart Beat). He holds a B.A. in both Psychology and Music and a M.M. in Voice Performance from the University of Missouri, and a D.M.A. in Voice Performance from the University of Washington. He currently studies with nationally renowned voice teacher, Dr. Kari Ragan. Previous instruction has been from Steven Tharp and Ann Harrell. Before matriculating at the University of Washington, Dr. Jordan served on the faculty at the University of Missouri, the Swinney Conservatory of Music (Central Methodist University), Columbia College, and Stephens College, where he taught a full private voice studio, voice class, and separate Italian, German, English, and French lyric diction classes. His students have gone on to win or place in competitions such as NATS, The American Prize, and the Glory Int’l Music Competition.

In 2021, he will be making his main stage debut as Prince Yamadori in Opera West’s production of Madama Butterfly, as Bob/Ben in a double bill of The Old Maid and the Thief/The Telephone with Puget Sound Concert Opera, and as Papageno Die Zauberflöte with Music On Site. In 2022, he will make his Tacoma Opera debut as Dr. Malatesta in Don Pasquale, and will sing the role of Harlequin in Barn Opera’s production of Ariadne auf Naxos. Additionally, we will give a recital for Wilmington Concert Opera. He can be heard as the baritone soloist on the album St. Lawrence Psalter, and on the two upcoming albums being released by the Seattle Art Song Society. He is a member and co-artistic director of the nationally recognized, award-winning professional vocal chamber ensemble, Vox Nova.