Importance: Professional voice users are known to be at risk for phonotrauma, which impedes occupational functionality. Current vocal techniques to prevent, minimize, and recover from phonotrauma have not specifically been developed to retain functionality and realism for voice over actors who voice soundtracks for video games. Objective: To evaluate the efficacy of a direct voice therapy program for video game voice over actors—namely, Vocal Combat Technique—in: 1. reducing vocal fatigue and 2. preserving realism. Design: Prospective, double-blinded, randomized controlled study. Method: Twenty-four voice over actors (10 males, 14 females) were randomly assigned to 1 of 2 interventions: a) Vocal Combat Technique (VCT) or b) Vocal Hygiene Education (VHE). Pre- and Post- scores to measure vocal fatigue were collected for the Vocal Handicap Index (VHI), Evaluation of Ability to Sing Easily (EASE), and Vocal Tract Discomfort Scale – Frequency/Severity (VTDSF/VTDSS, respectively). A blinded industry professional judged all participants on realism and acceptability per industry standards. Result: Both groups were judged to be acceptable in preserving realism. Statistically significant differences were seen between groups in regards to change in EASE and VHI scores. No statistically significant differences were seen between groups in regards to change in VTDSF or VTDSS scores. Trends were seen within group outliers. Conclusions: The data suggest that VCT may help prevent, minimize, and recover from the impacts of phonotrauma while preserving occupational functionality for video game voice over actors. Data also support the superiority of direct versus indirect approaches for voice therapy. Further studies are needed to better identify “at-risk” subjects within this population.

​This presentation will provide the audience an opportunity to observe a live demonstration of circumlaryngeal massage. The audience will learn theoretical underpinnings as well as clinical and technical considerations for self-massage.

(Changseop) Andrew Lee is a speech pathologist and vocalist who integrates his musical upbringing into his clinical practice to provide comprehensive care for performers during functional voice rehabilitation. Andrew complemented his Master of Science degree in Medical Speech-Language Pathology from the University of Washington by performing in and directing multiple award-winning, competitive singing ensembles throughout the years. He further diversified his clinical skillset during his fellowship at the MD Anderson Cancer Center to include alaryngeal voice restoration and swallowing rehabilitation. In addition to voice teaching, he is a specialized provider at the University of Washington Medical Center performing voice clinic, as well as the speech pathology program coordinator for head and neck cancer. Andrew is an active program committee member for the Northwest Voice Conference in Seattle, WA and has a particular professional interest in the biomechanics of the voice and the intersections between the art and science of the singing voice.

Financial Disclosure: Mr. Lee has no financial relationships to disclose.

Non-Financial Disclosure: ​Mr. Lee is a member of the conference planning committee. He has no other non-financial relationships to disclose. 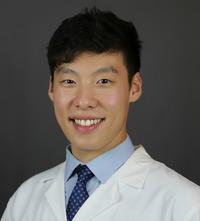