Dr. Anthony B. Law is Assistant Professor in the Department of Otolaryngology at Emory University School of Medicine. He completed residency and Laryngology Fellowship  at the University of Washington. Dr. Law's primary research interests lay in modeling of complex biology and clinical systems. He has broad experience in mathematical modeling and computational models. Historically, he has used machine learning to predict rates and locations of metastasis in head and neck squamous cell carcinoma. His current focus is in applying machine learning to characterize and categorize pathology of the larynx.

Dr. Wandell is a native of the Seattle area and a current otolaryngology resident at the University of Washington (UW). She completed her undergraduate studies at Wake Forest University in North Carolina, her Master’s in Global Health at Karolinska Instituet in Sweden, and medical school at UW. With support from faculty at the University of Washington & Emory University, her research has focused on developing and clinically validating a machine learning algorithm which screens voices for laryngeal masses. She is also interested in research in clinical outcomes in laryngology and health disparities. Following her training, she plans to pursue a career in Laryngology. 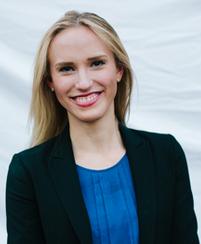 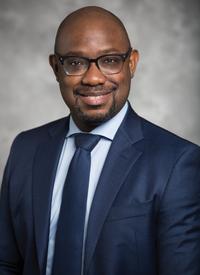 Validating a convolutional deep neural network to detect laryngeal masses from voice Automated voice analysis could be helpful to triage dysphonia in the primary care setting. The aim of this study was to evaluate a previously developed machine learning algorithm that screens for the presence of laryngeal mass from a 5-second /i/ phonation in a clinically generalizable cohort, with voice samples collected on a mobile platform and diagnosis delineated by clinician-labeled laryngoscopy. 344 patients were recruited; 16% of whom had laryngeal masses. The area under the curve of the algorithm was 0.55 (95% CI 0.48-0.62), accuracy was 66%, sensitivity was 39%, specificity was 71%, positive predictive value was 21%, negative predictive value was 86%. Using DeLong’s test to compare receiver operating curves, there were no significant differences by gender, age, Voice Handicap Index, or smoking pack years. The median probabilities of mass by different underlying pathology were: Mass 0.40, Paresis/Paralysis 0.06, Normal 0.03, Neurologic (spasmodic dysphonia, tremor) <0.01, Inflammation 0.06, Tension 0.06, Bowing 0.01, Scar 0.01, Glottic Stenosis 0.40. The probability of mass by different types of mass were: Cancer 0.36, Cyst 6.20 x10-6, Dysplasia 0.01, Nodules 0.92, Other 1.03x10-3, Papilloma 0.01, Polyp 0.99. The algorithm’s higher specificity indicates that it could be used as a rule-out test to screen for mass. The algorithm identified dysphonias classified as neurologic, scar, and bowing as ‘not mass,’ and correctly identified masses which were nodules and polyps as mass. Our findings highlight the importance of external validation studies in machine learning voice research.

Financial Disclosure: Dr. Wandell has no financial relationships to disclose.

Non-Financial Disclosure: ​Dr. Wandell has no non-financial relationships to disclose.