Financial Disclosure: Ms. Lader is receiving an honorarium from NW Voice for presenting. She has no other financial relationships to disclose.

Non-Financial Disclosure: ​Ms. Lader has no non-financial relationships to disclose.

​Joan Lader’s more than thirty-five years of providing vocal training and rehabilitation for professional voice users was commemorated in June 2016 when she was awarded the American theater’s highest honor, a Tony Award for “Excellence in the Theater.”

Ms. Lader received a BFA from Penn State University in Theatre Arts with a Minor in Music. Trained as a Master’s level speech pathologist, she specializes in working with singers and actors, and in collaboration with New York’s top otolaryngologists, rehabilitation of injured voices. Her extensive practice includes leading actors and singers from Broadway, film, opera, R&B, rap, rock and pop.

Ms. Lader is a certified Master Teacher of the Estill Voice Training System, and has extensive training in the Alexander Technique, as well as Fitzmaurice Voice Work and the work of Arthur Lessac.

She has given Master Classes at universities and summer programs throughout the country, is a consultant at NYU’s The New Studio and is on the advisory board of the Voice Foundation and the Manhattan School of Music. Three years ago, Ms. Lader gave the keynote address at the Northwest Voice Conference on the Art and Science of the Performing Voice. She has contributed numerous articles in many educational and professional books on various aspects of vocal production and care of the professional voice, as well as exercises for voice therapy. Ms. Lader was also recently the featured guest on a NATS chat that was broadcast nationally. She is particularly proud to be a Master Teacher with the National Young Arts Foundation, whose participants so often become the stars of tomorrow. 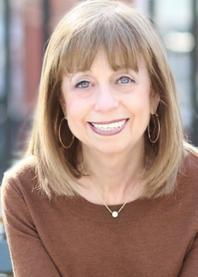