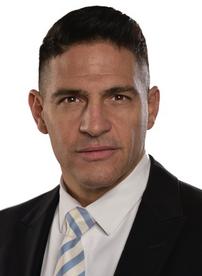 Dr. Lance Maron is an ENT in private practice at the Netcare Parklane Hospital in Johannesburg, South Africa where he has established a multidisciplinary Voice and Swallowing Centre. The practice provides a specialized Laryngology service as well as General ENT, Pediatric

Otorhinolaryngology and Rhinology. In 2018, Dr Maron became the founding member of The Laryngology Society of South Africa and was elected President of the society.

Later turning his attention to “Care of the Professional Voice,” Dr. Maron combined his passion for the arts with medicine by using his personal experience as a performing artist and medical qualification to work on various South African theatre productions. As the resident ENT he provides education of the cast regarding voice care and prevention of vocal damage and managing cast members with vocal injury.

Dr. Maron also has had a career in the performing arts beginning from the age of 5 years old with many professional highlights to his credit.

Since 2010, Dr. Maron has been member of the judging panel for the Annual Naledi Theatre Awards, a premier event on the Johannesburg theatre calendar that recognizes excellence in the performing arts. In 2019 he became the Convenor of the Musical Theatre Panel.